From the killing grounds of Stalingrad to the death camps of the holocaust. From torture chambers in Iraq to race riots in the United States, the Whargoul was there – killing and raping. It is a beast born in bullets and shrapnel, feeding off of pain, misery, and hard drugs. Cursed to wander the Earth without the hope of death, it is reborn again and again to spread the gospel of hate, abuse, and genocide.

But what if it’s not the only monster out there? What if there’s something worse?

From Dave Brockie, one of the twisted genius' behind GWAR, comes a novel about the darkest days of the twentieth century. The modern world is dying and Brockie is here to put a bullet between its eyes and violate the corpse.

This is all-out fucking war!

That's right kiddies, at long last I have finally published my first novel! If you don't want it to be my last, pick up a copy at- 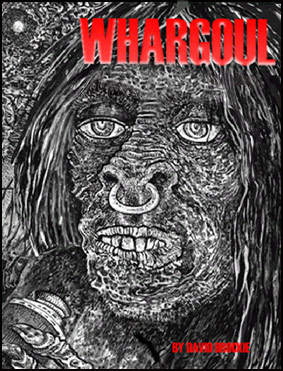 A web novel by Dave Brockie

I came up with the idea for Whargoul while touring Europe with GWAR in 1995. Over the next few
years I dribbled out my first novel, working in spurts of activity broken up with indeterminable
months of wallowing. At one point I lost the hand-written original manuscript and had to re-write it
from memory! The Whargoul project is my own personal hell-park in which my imagination is totally
unfettered, and my lust for war is at last fulfilSince finishing the book in 1999, I have been trying
to find someone to help me publish it, but so far nothing has been worked out and in fact my forays
into the world of horror and fantasy publishing have gotten me nowhere,despite the lame promises
given to me by many. I'll continue my search until I find a literary agent who really wants to help me
and not just blow smoke up my ass. But I couldn't stand to leave something I had worked so hard on
just rotting on my hard drive. So here's the whole damn thing for free.
It's about 160 pages if you want to print it out.

Special thanks to
Michael Dean for helping me get this together. Any comments are welcome. 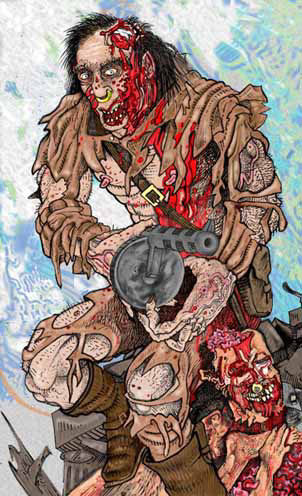 Whargoul rests after a sharp encounter amidst the rubble of Stalingrad. 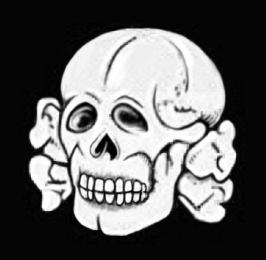 Click on the happy Deaths-Head if you are too cheap to buy the book but want to read it anyway. 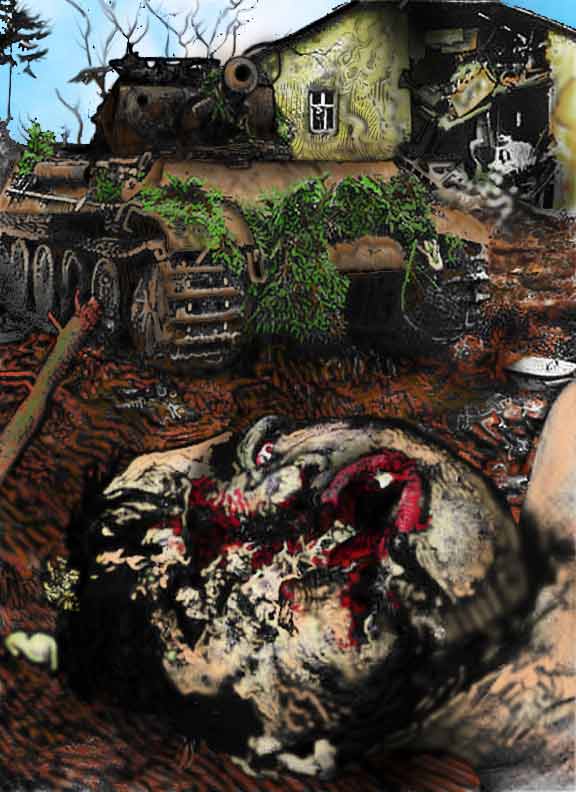 ""Smushed Head"
I did a lot of illustrations for the book, here are a bunch more of them... 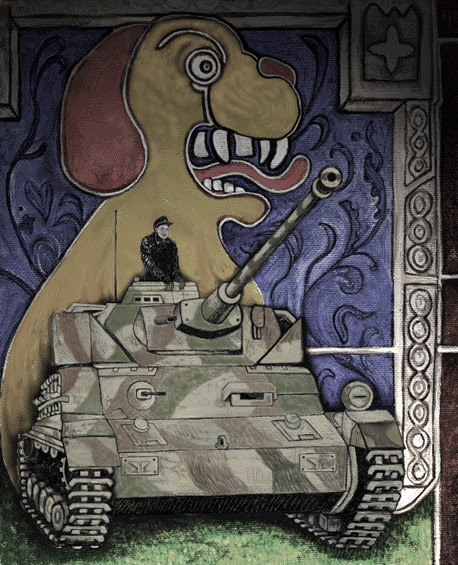 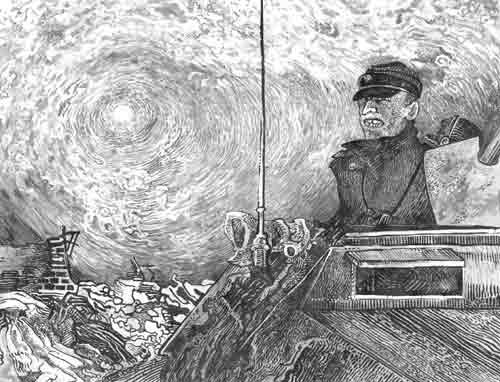 "Prelude to a Massacre" 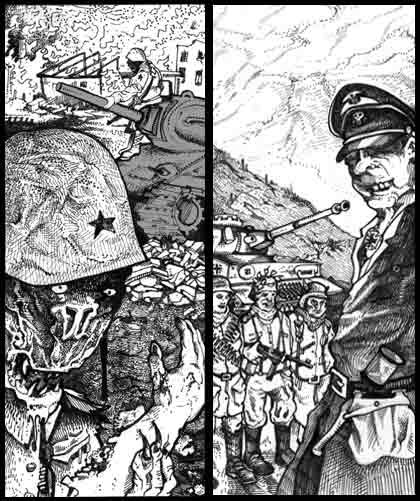 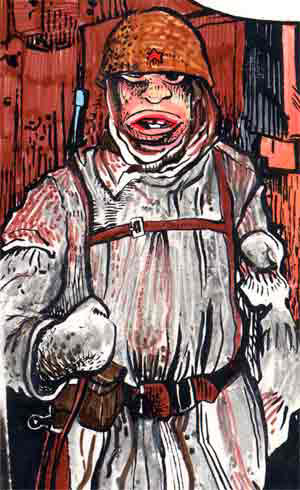 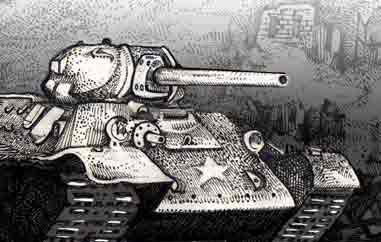 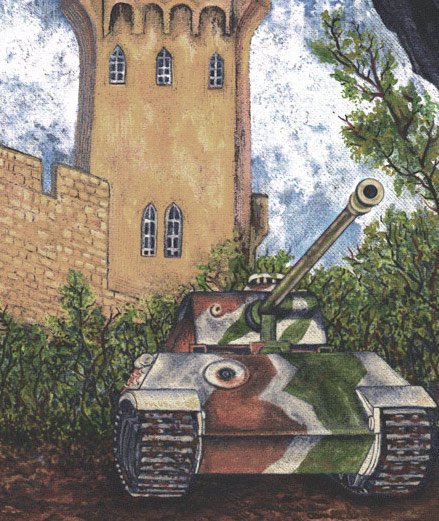 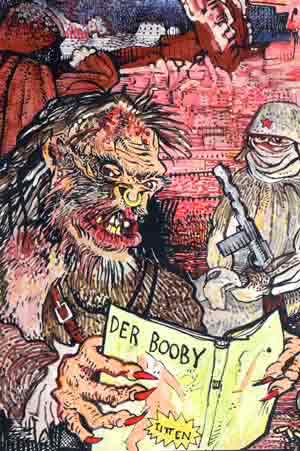 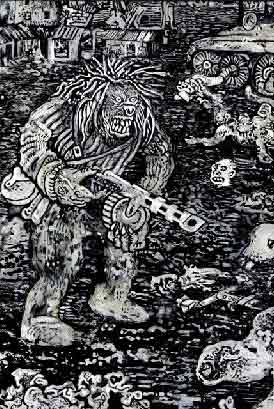